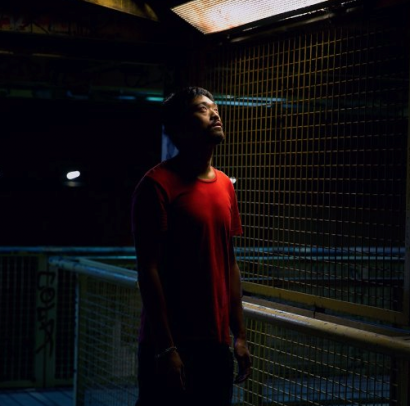 His first experience in a shooting was in 2007 working as an actor in a commercial for Pepsi. Since then, he knew that his thing was to be on a filming set but not in front of the cameras because of his few interpretive skills. He graduated in Audiovisual Communication at the Ramon Llull University and did a Master’s Degree in Film Directing and Scriptwriting at the Bande à Part film School. After that, he moved to Madrid where he studied a Master’s Degree in Cinematography at EFTI thanks to a scholarship obtained from more than 380 participants.

His short films, A Lonely Trip (2014) and Blissful City (2015), have been awarded two consecutive occasions by Thailand International Film Destination Festival. Both projects were a part of Amazing Thailand Film Challenge, a contest where directors from different parts of the world assumed the challenge of filming and delivering the short film in just 5 days and with a crew of 2 people. His short film Aliens (2016) filmed in Benidorm, has been selected in 30 international and national festivals around the world, such as Malaga Film Festival, Sant Joan D’Alacant Film Festival or Santiago de Compostela International Film Festival – Curtocircuito, all of them qualifiers for the Goya Awards. His latest short film Xiao Xian is currently being distributed at film festivals.

Jiajie stands out for its stylized and elegant atmospheres, with with a strong sense of aesthetics and a very careful sound design. His projects usually have an unconventional narrative, seeking to generate sensations, creating immersive and hypnotic scenes. He enjoys telling moving stories with a subtle oriental essence.