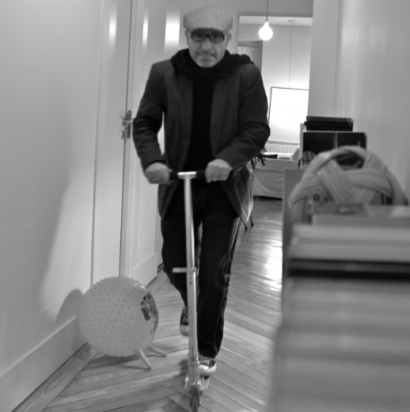 He´s from Madrid but his reel has an international style

He has been creative director in agencies like  SPCF, Mc Cann and  TBWA, where he has worked for a long, but never boring list of clients

Seven years ago, he decided to start directing commercials, digital content and music videos. Since then, he has  worked on national and international projects for Coca Cola, Playstation, MTV, Ikea, Toys R us, Movistar, Rexona, Día Supermarket, Mitsubishi, Cruzcampo, LAN Airlines and  Volkswagen, to mention a few. His distinctive point of view, impeccable taste in art direction and  gift for storytelling help him achieve highly visual, powerful movies.

His goal is to visualize  a contemporary universe with a different imprint that creates something special out of every project.

His work has been awarded at the Cyclope festival, Cannes, CDEC, EL Sol and  DA&D. He has  also been nominated for the Saatchi & Saatchi New Director’s showcase, a very special, genuine competition.