Shadow in the cloud 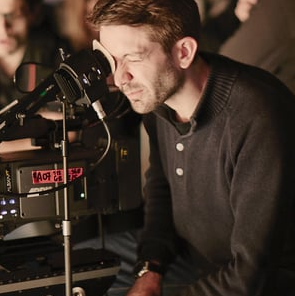 “Under the Shadow” — (2015) Dir. Babak Anvari. The film won the Outstanding Debut at BAFTA 2017, was longlisted for the “Best Foreign Film” at the Academy Awards (Oscar’s) and won Best Screenplay, Debut Director & Supporting Actress at BIFA 2016.

Kit Fraser began his career as a camera assistant, having the fortune to work with some of the world’s most revered cinematographers, such as Oscar winning Slavomir Idziak, Andrew Dunn, BSC and Henry Braham, BSC. Throughout this period he also studied at Westminster Film School where he specialized in Cinematography and shot many short dramas on 16 & 35mm film.
Shortly after graduating in 2005 he began working as Director of Photography and became the youngest DOP to be signed on Arri Crew’s roster. He was soon featured as a “Rising Star” by Kodak and noted as “Ones to Watch” by the British Society of Cinematographers. Within a few years he had shot a 12 episode TV drama for Channel 4 Dubplate Drama, 2nd Unit on the feature film Love Me Still (starring Andrew Howard, Geoff Bell and Alex Reid) and Additional Photography for The Heavy starring Christopher Reeves. He also shot 2nd Unit for Spooks (series 9) along with many music videos and commercials.
Kit has now been lighting for 12 years, working predominantly in advertising, shooting numerous spots for Gucci, Christian Dior and Lancome, to name a few. During this time he continued to shoot drama and short films which have picked up many awards and nominations including a BAFTA Nomination for Best Short, Two & Two and his work on the short film Boxer on the Wilderness was nominated for “Best Cinematography” at the British Independent Film Festival. In 2015 he shot the critically acclaimed Feature, Under the Shadow, which premiered at Sundance in 2016 and went on to win numerous festivals around the world as well as a BAFTA for Oustanding British Debut.
In 2018, Kit Fraser won the Best Cinematography award at the Brooklyn Film Festival for the film “Possum”.