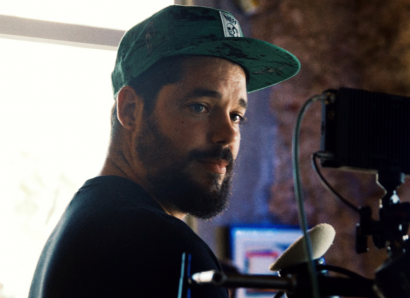 In a parallel universe, Leandro would have been a chef. But besides attending to his three-year-old daughter or cooking traditional Portuguese dishes for family and friends, his work as a Director of Photography is his life: whenever he free time, he gets around with his photographer wife – sometimes by buying a last-minute plane ticket and literally walking to the airport – and taking pictures of stuff.
Born in Germany to a family of musicians (he is a middling guitar player), Leandro moved to Lisbon at six. After graduating from a master’s degree in Cinema at Lusófona University in Lisbon, he won a honorable mention award from Kodak worldwide.
Although becoming a Director of Photography was his ultimate goal all along, Leandro took a somewhat winding path, doing stints as a sound engineer, a director, a producer before embarking on his chosen career. Since 2007, he has worked on short fiction projects, music videos, and commercials for brands like Nike, Lamborghini, Maserati, Ferrari, Jeep, Sky, Diesel, and many others. Some of his projects were selected for national and international film festivals, and he won the Pardino d’argento in Locarno. He is currently preparing his first feature film with renowned director Margarida Cardoso, which is due to be shot next year.
To Leandro, lenses and sensors are tools to serve the story. His aim as a Director of Photography is to turn the imperfection of ordinary life into moments of quirky beauty.