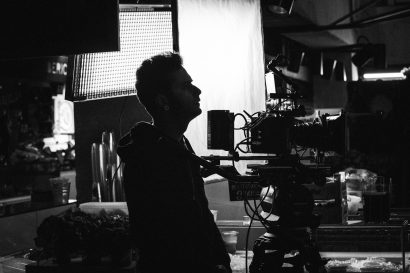 Born in Madrid in 1987, he became passionate about films from childhood, which led him to study Audiovisual Communication at UCM University. While studying, a role as fashion photographers assistant afforded his discovery and passion for light. Consequently, he specialized as a Director of Photography Masters at TAI University(Madrid).

After finishing his studies, he began to create short films and music videos in partnership with directors, allowing him to tailor his skills directly and gain more experience. He bought a 16mm camera and began to further experiment with film, the love of which continues today.

Passionate about lighting and tenacious in experimentation; he evolves through his work. Over time, he has refined a naturalistic and robust style, with a focus on aesthetics.